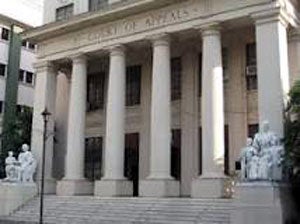 MANILA, Philippines—The Court of Appeals has stopped the nationwide field testing of genetically modified eggplants in the country.

In a 26-page decision issued on May 17 but only announced Friday, the appellate court’s Special 13th division through Associate Justice Isaias Dicdican ruled that “the field trials of genetically modified organisms Bacillus thuringiensis (bt) eggplants could not be declared…as safe to human health and to our ecology with full scientific certainty, being an alteration of an otherwise natural state of affairs in our ecology.”

A GMO eggplant is genetically altered with a gene from the Bt bacteria allowing it to produce its own pesticide.

The appeals court said there is still no full scientific certainty on the effects of the Bt talong (eggplant) to the environment and to the health of the people.

The environmentalist group Greenpeace on Friday welcomed the ruling by the appeals court and reiterated its stand that field testing of the Bt talong is harmful to humans and the environment.

“We commend the Court of Appeals for living up to its constitutionally mandated role as protector of constitutional rights,” said Daniel Ocampo, Greenpeace Southeast Asia’s sustainable agriculture campaigner.

“This landmark decision reflects that there are indeed flaws and lapses in the current regulatory process for Genetically Modified Organisms (GMOs) such as Bt eggplant which exposes our environment and health to unknown long-term consequences and does not establish their safety in any way,” he said in a press statement.

In its May 17 decision granting a “Writ of Kalikasan” to stop the field trials, the appellate court ordered the respondents, including the Environmental Management Bureau of the Department of Environment and Natural Resources, to “permanently cease and desist from further conducting Bt talong field trials.”

The Writ of Kalikasan is a legal remedy under the new rules of procedure for environmental cases.

The ruling also directed the respondents to “protect, preserve, rehabilitate and restore the environment in accordance with the foregoing judgement of the court.”

The court said even the bevy of local and foreign experts presented by proponents of the purportedly pest-resistant eggplants are all agreed that aside from the fact that there are no laws regulating the field testing of genetically-modified plants, their safety cannot fully be guaranteed.
For this reason, the court said: “This is where the precautionary principle sets in which states that, when human activities may lead to threats of serious and irreversible damage to the environment that is scientifically plausible but uncertain, actions shall be taken to avoid or diminish the threat.”
Petitioners, led by environmental group Greenpeace and Masipag – the latter an organization of farmers and scientists for sustainable agriculture filed the petition with the Supreme Court last year. They said the government’s GMO approval and regulatory system violates the Filipino’s right to a balanced and healthful ecology.

They said Bt eggplant and other GMO crops are dangerous to human health and the environment. They also pointed that scientific tests on laboratory animals fed GMO food such as the Bt eggplant have shown that GMOs affect their liver, kidneys and blood.

Other petitioners include former Rep. Teddy Casiño, Puerto Princesa Mayor Edward Hagedorn, folk singer Noel Cabangon and scientist Dr. Ben Malayang III.
Named as respondents were the Department of Environment and Natural Resources, the Department of Agriculture, University of the Philippines (UP) Los Baños Foundation Inc., UP Mindanao Foundation Inc. and International Service for the Acquisition of Agri-biotech Applications.
At the time of the filing of the suit, field testing of genetically modified eggplant had already been done in Pangasinan, Laguna and Camarines Sur while others were still being conducted in Kabacan, North Cotabato.

Ocampo said the court’s decision would have a resounding impact on the future of agriculture in the Philippines and how food production is  being done in our country.