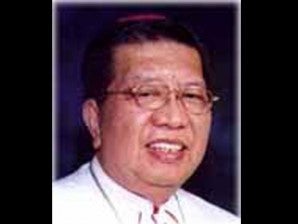 LUCENA CITY, Quezon, Philippines – In an unprecedented move, Lucena Bishop Emilio Marquez used the pulpit to enjoin Catholics here not to vote for candidates seeking endorsement from or being backed by the Iglesia ni Cristo.

The prelate made this statement as the Mass was about to end and before he gave his final blessing to parishioners who attended the Mass.

The bishop, interviewed later by the Philippine Daily Inquirer, said the appeal not to vote for INC’s endorsed candidates has been the position adopted by the late Bishop Alfredo Ma. Obviar, the first administrator of the Diocese of Lucena.

“And that’s also my position… huwag iboto ang mga endorsed candidates ng INC,” Marquez told the Inquirer over the phone after the Mass.

The Inquirer tried to get the reaction of the local INC ministers but was told by a sect member that such an issue was being addressed by the sect’s leaders based in Manila.

However, another local INC member, Joey Lipa, said he respected Marquez’s appeal to the Catholic faithful.

“But the question is – will they (Catholic faithful) obey him (Bishop Marquez)?” Lipa said.

He defended the block-voting practice of the INC as obedience to the “pasya” (decision) to their religion’s doctrine.

Quezon has a voting population of around 1.1 million. Around 35,000 to 45,000 belong to the INC, according to estimates by different political parties.

The INC, through its Executive Minister Eduardo Manalo, recently issued a circular advising its members not to get involved in any partisan activity or ask any favor from any candidates to avoid confusion in the flock’s electoral moves. The circular, however, reiterated that the “unity vote” would be strictly observed.

Before the start of the Catholic mass at the Saint Ferdinand Cathedral here on Sunday, Bishop Marquez acknowledged the presence of Liberal Party local candidates led by Rep. Irvin Alcala, a candidate for governor against re-electionist Gov. David Suarez (NUP).

Irvin was seated near the altar and accompanied by his cousin, reelectionist Lucena Mayor Rhoderick Alcala and his whole councilor slate.

Marquez even teased Irvin and two candidates for councilor for not having seen them for quite a long time.

According to local INC members here, Irvin, Rhoderick and four candidates for councilor in Alcala’s slate were actually among the local candidates endorsed by the local INC.

During his homily, Marquez repeatedly emphasized that he was not endorsing any candidates.

Marquez said he was not inclined to follow other Catholic bishops who issued their “sample ballots” in their respective dioceses.

“Just vote according to the dictate of your conscience,” he said.

Marquez reminded the faithful and candidates that selling and buying vote would be against the teaching of the church.

“Respect your vote as you respect yourself,” the bishop said.

He also maintained that candidates who asked voters not to cast their vote in exchange for cash would be a form of vote buying.

After the mass, the candidates made themselves busy taking advantage of the last campaigning day by shaking hands of exiting church-goers.

Catholic Church leaders have become actively involved in this year’s election, which was never seen in past political exercises.

Several bishops across the country have been issuing politically loaded statements and church circulars in its campaign against candidates who voted for the passage of the controversial Reproductive Health Law.

Early on the campaign period, Marquez initiated the posting of “Team Buhay” and “Team Patay” tarpaulins on the wall of the cathedral and 36 other churches in central parts of the province under the supervision of the Diocese of Lucena.

But he explained that the tarpaulin message was not meant to be a form of campaigning against any candidate but was just enlightening the faithful that the RH law, being an “insult” to God and to the Catholic doctrine, must be repealed.