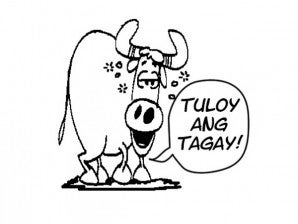 “Cheers! Drinkers toast SC decision…” was among the reactions on social media to a Supreme Court order reducing the five-day liquor ban imposed by the Commission on Elections (Comelec) to just two days, or on the eve of the elections and on Election Day.

The Supreme Court on Wednesday stopped the Comelec from implementing the liquor ban starting Wednesday until Saturday on a joint petition filed by two groups—Food and Beverage Inc. and International Wines and Spirits Association Inc.

The high court issued a temporary restraining order (TRO) on three of the five days of the liquor ban that was imposed by the Comelec to help ensure the conduct of peaceful and orderly elections.

“The court resolved, without giving due course to the petition, to require Comelec to comment on the petition not later than 5 p.m. of May 9, Thursday,” Supreme Court spokesman Theodore Te said at a brief news briefing.

Te said the TRO enjoined the poll body from implementing the liquor ban from May 9 to midnight of May 11.

Food and Beverage Inc. and International Wines and Spirits Association Inc. sought the TRO because they said they would suffer irreparable injury from the implementation of the ban.

They also claimed that the poll body had acted in excess of its jurisdiction because it modified the provision of the Omnibus Election Code, which specified prohibited acts during the election period.

Violation of the liquor ban is an election offense and punishable by imprisonment of less than one year but not more than six years. The violator will also be disqualified from holding public office and will lose his right to vote.

Under the Comelec ban, it is unlawful to sell or buy intoxicating drinks starting Wednesday except in hotels and other tourism establishments that secured an exemption. But even in these places, only foreign tourists are allowed to buy alcohol, Comelec Chairman Sixto Brillantes Jr. said Wednesday.

“We will implement this very strictly. We’re also reminding the public, especially the retailers, to follow this,” Brillantes said in an interview.

“If you notice, there are now many incidents involving peace and order. So, maybe the liquor ban would at least minimize more incidents of election-related violence. That’s the purpose. So, we are expanding the two-day period into a five-day period of the liquor ban,” he added.

Comelec spokesman James Jimenez said that those who have hoarded alcoholic drinks before the ban started and intend to drink should do so inside the privacy of their homes.

“It’s not that we are going to deploy policemen to look for people drinking, but yes, it is illegal to drink outside their private property. It should be inside,” Jimenez said.

The Comelec in February extended the liquor ban for the midterm elections upon the request of the Metro Manila Development Authority (MMDA), which had even asked for a 45-day liquor ban.

In its Resolution No. 9582, the Comelec said it was unlawful for any person, including owners and managers of hotels and establishments to “sell, furnish, offer, buy, serve, or take intoxicating liquor anywhere in the Philippines.”

“Hotels and other establishments duly certified by the Department of Tourism as tourist-oriented and habitually in the business of catering to foreign tourists may be exempted from the liquor ban, provided they secure prior written authority upon showing that there are justifiable reasons,” the Comelec said.

It added that foreign tourists taking intoxicating liquor in authorized hotels or establishments were exempted from the prohibition.

The Comelec said hotels and business establishments that intend to serve alcohol to their foreign guests should get exemption from city election officers or provincial election supervisors, or the Comelec regional director in Metro Manila.

The commission ordered the National Bureau of Investigation, the Philippine National Police and election officials to implement the liquor ban.