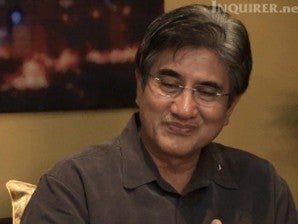 IRIGA CITY, Camarines Sur, Philippines — For the wheels of justice to turn, escapee Cezar Mancao II must return to the fold of the law and face the accusation against him, Sen. Gregorio Honasan, himself a former fugitive, said on Sunday.

“For the process to begin, he has to be physically present. He has to submit himself to the legal process,” Honasan said in a press briefing on Sunday, when asked what advice he could give Mancao.

Mancao, one of the accused in the murder of publicist Bubby Dacer and driver Emmanuel Corbito, escaped from his detention cell at the National Bureau of Investigation shortly before his scheduled transfer to the Manila City Jail.

Mancao, a former police official, said he bolted his cell because of fears that Sen. Panfilo Lacson, whom he had implicated in the killings, wanted him dead. The Court of Appeals earlier cleared Lacson of any liability in the murders.

Honasan, in proposing that Mancao turn himself in, said he had received the same advice when he himself was on the lam. Honasan, a former lieutenant colonel, had himself been a fugitive, slipping from the Navy ship where he was detained for leading a coup attempt in 1988.

But he also expressed hope that Mancao would be given due process and not subjected to trial by publicity.

“It is my hope and prayer that once he does, if he does [return], he will be given his day in court subjected to due process without fear or favor, on the merits and the basis of evidence,” he said.

Honasan said the courts and agents have been tasked under the Constitution to enforce the law, and the courts would decide on a case, not the media.