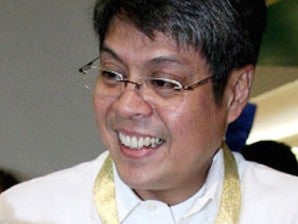 Liberal Party Sen. Francis Pangilinan urged the NPA, the armed wing of the Communist Party of the Philippines, to rethink its philosophy of armed struggle and return to the negotiating table.

“What Mayor [Guingona] endured was no joke. Armed struggle should not be like this, where even an old, defenseless woman is not spared,” Pangilinan said.

“What is the message of the CPP-NPA now? That armed struggle is still an option? The time has come for parties to consider peace negotiations instead,” Pangilinan said in a text message in Filipino.

Team PNoy senatorial candidate Risa Hontiveros filed a letter of complaint in the Department of Justice against the NPA, accusing the insurgents of committing electoral offenses.

Hontiveros said the NPA’s use violence and extortion was “reminiscent of [Ferdinand] Marcos’ martial law hooliganism.”

The NPA has apologized to the Guingona family for the April 20 attack on the Gingoog mayor. But the insurgents insisted that Mayor Guingona violated its rules by bringing armed bodyguards while campaigning in its “territory.”

Mayor Guingona was not campaigning, but her daughter, Marie, is running for mayor of Gingoog.

She was returning from a fiesta when a band of NPA guerrillas attacked her entourage in remote Alatagan village in Upper Kapitulangan late on April 20.

The mayor was wounded in the attack but she survived. Two of her  civilian bodyguards were killed. A policeman and another civilian aide of the mayor were wounded.

“The checkpoints, the extortion through the so-called permit to campaign and permit to win, and the use of violence remind me of the machinery of coercion that Marcos established to subvert the will of the people, the same violent tool deployed by the Ampatuans to kill and bury their enemies,” Hontiveros said, referring to the once-influential clan in Maguindanao most of whose members are now under trial for the murders of 58 people, 30 of them journalists, in 2009.

“We should reject coercion by the NPA with the same intensity as our condemnation of military abuse. If we reject police extortion, we should also reject extortion by the NPA,” Hontiveros said.

“These acts are clear violations of our election laws, which prohibit the use of threats, intimidation, terrorism and other coercive tools to influence the conduct and the results of elections,” Hontiveros said as she urged Justice Secretary Leila de Lima to investigate the incidents.

Team PNoy Senate candidate Juan Edgardo Angara urged all those running for elective positions on May 13 to “take a strong stand against all forms of violence, from killings to venomous words to cyberbullying.”

“Killings will achieve nothing. Venomous words will inflate passions. Cyberbullying is a Web-based form of harming candidates or people involved in the current electoral cycle,” Angara said.

He mentioned the recent shooting of two supporters of Mayor Strike Revilla of Bacoor, Cavite, and the ambush on 13 supporters and relatives of Mayor Abdulmalik Manamparan of Nunungan, Lanao del Norte, among the incidents that indicated some politicians still considered violence an option to gain electoral victory.

“Violence is the refuge of people who want to taint the credibility of the May elections and the overall efforts to make our democratic institutions more mature and stable,” Angara said.