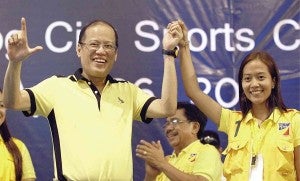 CALBAYOG CITY—The opening of the new seaport here will not only improve the transport sector but will boost Calbayog’s economy and tourism industry, according to President Aquino.

Aquino, who led in the inauguration of the Maguino-o seaport on Friday, said that with the new seaport, it would be easier to bring in goods from other provinces and at the same time, ship out Calbayog’s products such as the city’s famous tinapa.

Tourists, the President said, would also be encouraged to come to Calbayog and visit its famous attractions such as the Bangon Falls, Guinogo-an Cave and Malahug beach.

All these, he added, would result in a robust tourism and commerce, which would open opportunities for Calbayog and Eastern Visayas.

The seaport, located 22 kilometers away from the city proper, can accommodate big vessels with a 1,046-gross tonnage.

Philippine Port Authority Manager Dominador Lecayan said that with the new seaport, he expected passenger traffic of 400 a month to increase in the next months.