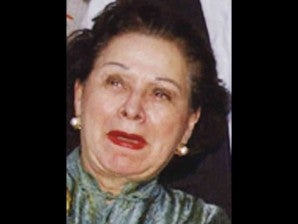 Guingona, who survived a gun attack by members of the New People’s Army in Misamis Oriental Saturday, told Drilon in jest that she would not have been attacked had the senator taken her place and campaigned for administration candidates in the area where the NPA reportedly opened fire on her and her party as her convoy passed by a makeshift checkpoint.

Guingona was reportedly making the rounds for her daughter Marie who has been campaigning to succeed her as mayor.  Guingona is the wife of former Vice President Teofisto Guingona Jr. and is the mother of Sen. Teofisto “TG” Guingona III.

Drilon said Guingona asked him Friday night to personally come to her area and campaign for both national and local candidates of Team PNoy.

The senator begged off, however, saying the time it would take for him to travel from Cagayan de Oro to Gingoog and back would take at least four hours.

“I talked to her Friday and said ‘talagang ‘di pupuwede. Mahirap ang schedule.’ So when that ambush happened and I saw her, she said, ‘ikaw kasi ayaw mong pumunta sa Gingoog. Na-ambush ako tuloy’,” Drilon said.