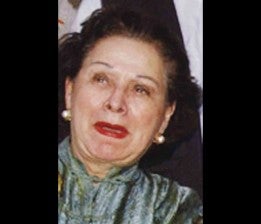 MANILA, Philippines—The Commission on Elections has identified Gingoog City in Misamis Oriental as an “area of immediate concern” after members of the New People’s Army attacked the convoy of its mayor, the wife of former Vice President Teofisto Guingona Jr., and left her wounded.

Comelec Chairman Sixto Brillantes Jr. said the armed forces would be sending a battalion of soldiers to the city to ensure that the peace and order situation there does not deteriorate after the ambush of Mayor Ruth de Lara Guingona.

“Yes, we have designated it as an area of immediate concern. In fact, there is an augmentation of one battalion or 500 soldiers. That’s a big thing,” Brillantes said.

He said the military should deal with the checkpoints that the NPA had put up. It was supposed to be in one of these checkpoints in the village of Alatagan in Barangay Upper Kapitulangan, Gingoog City that the NPA ambushed her entourage.

“Even when it is not an election period, the NPA should not be putting up checkpoints,” Brillantes said.

Mayor Guingona, 78, survived a hail of bullets and grenade blasts, but two of her civilian bodyguards, who shielded her with their bodies, were killed.

A policeman in her entourage and another civilian bodyguard were wounded. The rebels withdrew after a 10-minute exchange of fire with policemen in the mayor’s group.