DAR: Distribution of Luisita land on track, near completion 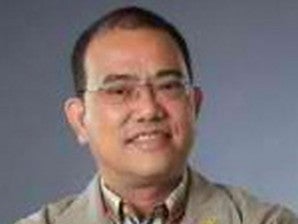 MANILA, Philippines — A year after the farm workers of Hacienda Luisita won their case before the Supreme Court, the Department of Agrarian Reform said it remained on track with the distribution of land to more than 6,000 farmer-beneficiaries.

The agency said it was progressing smoothly after the completion of two crucial stages in the process of distributing the land; the identification of 6,212 qualified beneficiaries; and the segregation survey in the country’s biggest sugar estate owned by President Aquino’s family.

Agrarian Reform Secretary Virgilio De Los Reyes also noted that other activities required in the land distribution process, such as the valuation work by the Land Bank of the Philippines, were “right on schedule and near completion.”

“We remain confident that the Department, despite the inherent difficulties and challenges in the process, will meet its self-imposed deadline of distributing the land to qualified beneficiaries in Hacienda Luisita by the middle of this year,” De Los Reyes said in a news release.

He said the process of identifying the farmer-beneficiaries took up a significant amount of time and resources, and the agency had to deploy additional personnel from various regional offices in order to accomplish the task.

De Los Reyes, who was criticized by agrarian reform advocates over the slow pace of the land distribution, described the process as a “difficult undertaking,” as the department had to check and recheck records from 23 years ago to determine the legitimacy of the claims.

“This took a considerable amount of time as we had to reconcile data from various records,” said De Los Reyes. “We had to be very meticulous as this will affect thousands of people,” he said.

With the finalization of the master list and the segregation survey, De Los Reyes said two of the most difficult steps in the acquisition process were already accomplished.

The DAR recently submitted a report to the Supreme Court detailing all the activities it had undertaken to comply with the Court’s directive to distribute farm lots in Hacienda Luisita to qualified beneficiaries of the Comprehensive Agrarian Reform Program (Carp).

The 13-page report, signed by DAR Undersecretary for Legal Affairs Anthony Parungao, was the second quarterly report and the fourth compliance report submitted by the DAR to the Supreme Court in the Hacienda Luisita case.

In its report, the DAR said, among other things, that it had contracted the services of the surveying firm F.F. Cruz and Co., in accordance with Republic Act No. 9184, in order to facilitate the distribution of more than 4,000 hectares of land in Hacienda Luisita to qualified farm workers.

The DAR reported that the survey firm completed the aerial photography on Hacienda Luisita on Dec. 27, 2012, while the transformation of the aerial photos into scaled Mosaic plans was finished last January. This was used as the basis for the field work on the segregation survey.

In 1988, when the Carp took effect, the owners of Hacienda Luisita gave the farmers an option to own shares of stock instead of land in what was seen as an attempt to circumvent the law.

After a prolonged court battle, in 2012, the Supreme Court upheld with finality the decision of the Presidential Agrarian Reform Council in 2005 to scrap the stock distribution option of Hacienda Luisita.

The court ordered the distribution of 4,915 hectares of the estate to 6,296 farm workers.