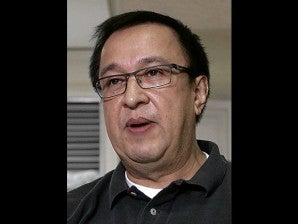 “The ambush of the party of Mayor Guingona is highly condemnable as she was just performing her duty of visiting her constituents on the occasion of their town fiesta,” said Enrile.

“Even though the NPA has apologized for the deed, the apology cannot remove the black mark it has stained further on the rebel movement which claims to fight for the people,” he added.

Enrile said that the ambush, in which two civilian bodyguards of the mayor were killed, is doubly condemnable because she is the wife of former Vice President Guingona, a respected former senator and leader of the people.

“The NPA attack was also an insult against the former vice president who is loved by the people for his courageous stand for human rights and civil liberty.”

Enrile added that the NPA should immediately cease its practice of demanding “revolutionary taxes” from candidates and businessmen “if it wants to show that it is fighting for the rights of the people.  People have the right to free and orderly elections.

The NPA would do well to respect this right instead of tampering with it. Otherwise, it will be shown as really against the exercise of democratic rights by the people.”