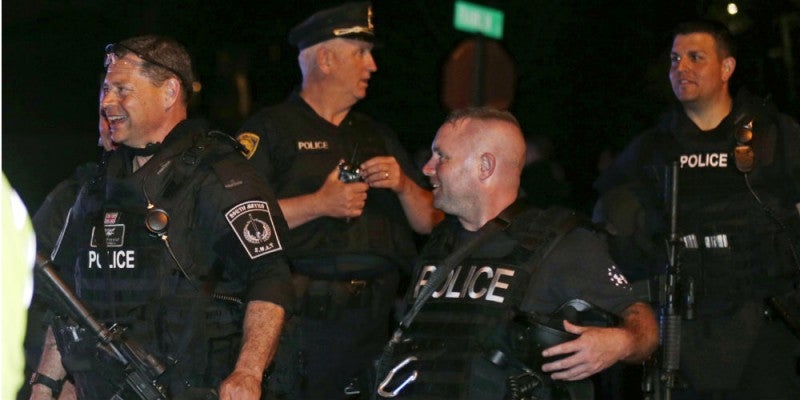 BOSTON, Massachusetts — Below are the main developments since the double marathon bombing in the US city of Boston that left three dead and around 180 wounded:

US President Barack Obama says he does not know who is behind the attacks and orders his administration to do whatever is necessary.

— TUESDAY, APRIL 16: Doctors say the victims of the bombings were peppered with pellets, shrapnel and nails. The FBI says there have been no claims of responsibility, and investigators are considering a wide range of suspects.

Obama brands the bombings an act of terror and “a heinous and cowardly act.”

A letter addressed to Obama tests positive for the deadly poison ricin, according to the FBI, but authorities deny any links to the Boston attacks.

— WEDNESDAY, APRIL 17: US authorities deny media reports that an individual has been arrested in connection to the bombings, but police say they have images of a suspect from surveillance video and still images taken around the finish line at the time of the blasts.

— THURSDAY, APRIL 18: Obama attends a special inter-faith service at a Boston cathedral with victims, rescuers, and city and state leaders. He vows a relentless hunt for those who killed Martin Richard, 8; Krystle Campbell, 29; and Lu Lingzi, a 23-year-old Chinese national, saying “we will find you.”

The FBI releases pictures and video of two men suspected of involvement in the attacks, appealing to the public to help identify them.

In the evening, a campus police officer is shot dead at the prestigious Massachusetts Institute of Technology as a shootout erupts with the suspected perpetrators of the attacks. Another police officer is injured.

— FRIDAY, APRIL 19: One of the two Boston bombing suspects is killed after a shootout with police, in the Boston suburb of Watertown.

He is identified as 26-year-old Tamerlan Tsarnaev, an ethnic Chechen.

A major manhunt is launched to find his brother, Dzhokhar Tsarnaev, 19, during which all public transport in Boston is brought to a standstill, schools are closed and residents told to keep their doors closed.

Shortly after 8:30 p.m. (2030 GMT), Boston Police say the second brother is in custody following a stand-off at a house in the city’s suburbs. People in the area greet the news with loud cheers and applause.

“CAPTURED!!! The hunt is over. The search is done. The terror is over. And justice has won. Suspect in custody,” Boston Police tweeted shortly after the initial announcement.