Honasan, the  editorial said, should  have been excluded from the initial  list  of senatorial bets  endorsed  by the group based  on  the guidelines issued by the  Catholic  Church for  not voting a particular candidate.

The editorial specifically  referred to the 7th guideline which  states that, “The candidate has been involved or linked to terrorism or the use of goons for self-protection within or outside the campaign period. Peace is the only way to peace.”

“This would have ruled out two more anointed members of the White Vote Six; both Senators Gringo Honasan and Antonio Trillanes IV had taken up arms against the very governmental system they now serve,” the   PDI editorial said.

But  Honasan  questioned  why he was being held accountable  for  his history  based  on what he insinauted as “inaccurate, incomplete or sometimes totally  ridiculous information.”

“I was hoping that there would be some balance in the treatment of issues like why should I be held accountable for my history of participating in apprising with my life as a senator for the last 15 years,” he said in an interview with INQUIRER.net’s editorial team.

“Case in point, I’m being held accountable for seven to nine coup attempts by the Philippine Daily Inquirer. I can claim credit for the ’86, technically a coup attempt—the original plan was to attack Malacañang and in ’87 and ’89 for which I received an amnesty proclamation backed up by a diploma from the Ramos administration.”

“But you know what rankles me… is [that] because some sectors [with] vested selfish interests benefitted in ’86 it was all right then? When we did it for the same, very same reason in 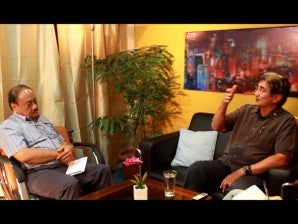 Compared to the 150 and 300 deaths during the failed coup attempts in 1987 and 1989, respectively, Honasan pointed out that more–-8,000 people— died in the 1991 Ormoc tragedy. He also pointed to the number of children who died of malnutrition because their parents have lost their jobs.

“Have anybody been held accountable? And now I’m being called to task for a decision that laity made about endorsing certain candidates,” he lamented.

Asked if his role in the failed coup attempts during the time of the late President Corazon Aquino could affect his re-election bid next month, Honasan said, “No. It will affect the truth.”

“I mean according one news group, media is supposed to report. And the people decide. It’s not supposed to editorialize on the basis of inaccurate, incomplete or sometimes totally ridiculous information.  That’s what I understand,” he added.

Read Next
Group prods SC to rule on Apeco case
EDITORS' PICK
Is your company a growth champion? Stand up and be recognized!
Joe Biden sworn in as 46th U.S. president, urges end to ‘uncivil war’
PUP accord with DND also faces termination
4 senators want military, cops off UP campuses
Acer Philippines welcomes you to its first flagship store
New Year, New Rediscoveries
MOST READ
Biden says Trump wrote him ‘very generous letter’
A shade at Roque? Vice asserts being a comedian, not a clown
Trump’s parting gifts to Biden: Roaring stocks, a weaker dollar, tons of debt
Makati Shangri-La to close its doors temporarily starting Feb. 1
Don't miss out on the latest news and information.