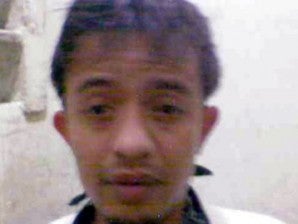 MANILA, Philippines—The Supreme Court has ordered the Department of Justice and the National Bureau of Investigation (NBI) to provide security and protection to the family of missing activist Jonas Burgos.

“Taking note of Mrs. [Edita] Burgo’s claims that she fears for her own personal security in light of the sensitive nature of the newly-discovered evidence, the Court resolved to issue a temporary protection order in favor of the petitioner Edita T. Burgos and all the members of her immediate family,” the high court said.

“The court resolved to direct the DoJ and the NBI to provide security and protection to the petitioner Edita T. Burgos and her immediate family,” it added and order the two agencies to inform the court of the security arrangements made with the Burgos family.

Mrs. Burgos, on April 1 urged the high court to order the Court of Appeals to admit new evidence surrounding the disappearance of her son, Jonas and conduct further hearing on the case.

She filed the petition after receiving new documentary evidence showing that an intelligence unit of the 7th Infantry Division of the Philippine Army and the 56th Infantry Battalion operating together abducted her son on April 28, 2007, along Commonwealth Avenue in Quezon City.

The new evidence include the after apprehension report, psycho social processing report and autobiography of Jonas Burgos, all of which are confidential reports of a military official.

The high court, in its ruling Friday ordered the military to comment with 10 days.