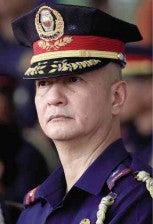 MANILA, Philippines – The National Capital Region Police Office said Wednesday that it has activated a task force that will look into recent cases of missing children in Metro Manila.

Molitas said the task force will focus its efforts on the recent cases of missing children particularly in Parañaque (case of Jael Flores, 4); Taguig  (case of Dayne Buenaflor, 3, and James Naraga, 4); and Quezon City (case of John Gabriel Calimag, 3).

Since January 2012, Molitas said NCRPO has recorded 36 cases of missing children aged 17 years old below, but said that all of them have been found and reunited with their families or legal guardians.

“Naglayas, nagkaron ng problema sa pamilya (They ran away due to a domestic problem),” Molitas said.

Over the weekend, the case of missing 4-year-old Mark Eljin made headlines when his rotting body was found in a grassy area in Pililia, Rizal with his internal organs missing.