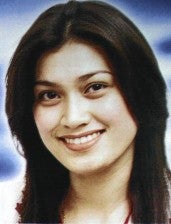 MANILA, Philippines – An accused in the murder of Ruby Rose Barrameda has asked a Court of Appeals Associate Justice to inhibit himself from handling the petition in connection with the discharge as accused of witness Manuel Montero.

The Department of Justice (DOJ) moved to discharge Montero as state witness against the accused. However, in a May 22, 2012 ruling, the appeals court 10th division denied the state’s motion. Jimenez said Reyes concurred with the decision.

But upon filing of the motion for reconsideration, Jimenez said Reyes changed his position and dissented on Montero’s discharge.

Jimenez said, Reyes’ position changed at the time when he was nominated for a Supreme Court position and when President Benigno Aquino III aired his stand in favor of the Barramedas.

Barrameda’s body was recovered on June 10, 2009 in the waters off Navotas City inside a steel drum. She went missing in March 2007.

The police then filed charges against her husband Manuel Jimenez III, petitioner Manuel Jimenez Jr., brother Lope Jimenez and henchmen Eric Fernandez, Robert Ponce and Lennard “Spyke” Descalso based on Montero’s testimony. Her husband was eventually cleared of any involvement in the killing.

Montero, however, already retracted from his testimony. The Malabon court has yet to act on Montero’s retraction.