Being a Binay not Nancy’s only credential; ask ma, pa 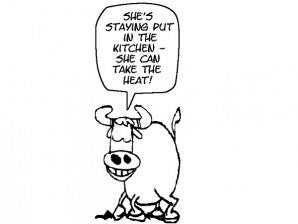 Five weeks to go before Election Day, the 39-year-old mother of four continues to be the subject of attacks from critics, who say her main credential is being the eldest daughter of Vice President Jejomar Binay.

Such attacks have been tough to handle, the younger Binay admitted during a break in the UNA motorcade in Concepcion town last week.

“The personal attacks have become very vicious, but it does not discourage me in any way. I just hope they will spare my parents, especially my mother, from their demolition campaign,” she said in a later statement.

Binay singled out an INQUIRER editorial that questioned her qualification to run for the Senate—her first attempt at an elective position.

“That she is rating well in the surveys is not an argument for qualification. We can already hear her professional supporters say, ‘Let the people decide.’ But popularity, or ‘winnability’ in her case, cannot be a substitute for her lack of experience, preparation, or achievement,” according to the editorial.

In the statement, she admitted she had “kept a low profile politically before her decision to run for the Senate.” But she maintained she had been “active in charitable foundations providing scholarships and assistance to the youth.”

She said the Brighthalls Children’s Foundation Inc., of which she is a trustee, “provides temporary refuge for infants and children below 2 years old who are abandoned or neglected.”

“Its mission is to give the best possible physical and emotional care to children in a safe and comfortable place while looking for loving homes that will take them in and take care of them,” she added.

Binay said she was also connected with Bigay Pagmamahal Foundation as its executive director. She said the foundation “provides access to quality college education in public and private learning institutions to poor and underprivileged youth of Makati.”

She also worked as her mother’s “personal assistant” when Elenita Binay served as Makati mayor from 1998 to 2001 and is also an “executive assistant for housing concern” to the Vice President.

Read Next
No midnight appointments, Aquino says of new judges
EDITORS' PICK
Acer starts the year off strong with the Aspire Vero National Geographic Edition
The best of bayside and city living at SMDC’s Sail Residences
EDITORIAL: Protecting the polls’ integrity
COVID-19 virus spread slowing down in Metro Manila, says OCTA Research
Over 3 Million worth of prizes to be won at Smart Padala’s SENDali Manalo Promo!
Comelec junks petition to scrap Bongbong Marcos COC
MOST READ
In Batanes, octogenarian dies of COVID-19
Drug lord Espinosa tried to escape through air vent at detention facility – NBI
When to get boosters after positive COVID test
Marcos Jr. visits Cebu, stands as ‘ninong’ to mayor’s son
Don't miss out on the latest news and information.