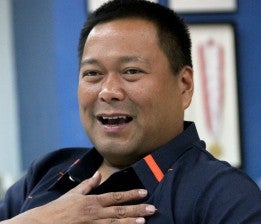 Estrada believes that the attacks were similar to those on his father, former President Joseph Estrada.

“It’s Erap bashing all over again. We know who they are. Its 2001 all over again,” he said in a text message, referring to the year when the former President was ousted and jailed for charges of plunder.

Estrada on Thursday denied having snubbed Janella Estrada during the United Nationalist Alliance’s (UNA) rally in San Juan City, an issue which prompted Senator Estrada to air his disappointment with his half-brother.

He also denied information a Philippine Center for Investigative Journalism report that he owned a company called Ice Bell Properties Limited in the British Virgin Islands.

The company was not declared in Estrada’s statement of assets, liabilities and net worth (SALN), according to the PCIJ report.

But the lawmaker maintained that he “truthfully and accurately” declared his assets, liabilities and net worth and questioned instead the timing of the report on his supposed offshore company.

“(The) demolition job has started. First they hit on my character by snubbing my niece, now its accounts and properties in question,” said Estrada.

Asked who he thought was behind such efforts, Estrada said that it could be “another fellow candidate probably fanning this demo job to cover up his own issues.”

“Because they cannot find anything irregular in my stint as a public official, no onerous or anomalous contracts or transactions, that is why they need to dig into the past,” he said.