Aquino tripping on ‘stay-cation’ at Palace 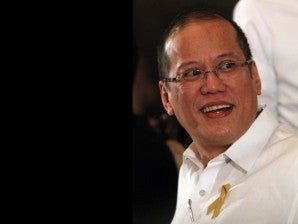 President Benigno Aquino III would rather stay at his official residence by the Pasig River this Holy Week watching “Jesus Christ Superstar” than smell the flowers and pine trees of Baguio City, which he no longer finds cool, perhaps, literally and otherwise.

Mr. Aquino will be comfortably ensconced in Bahay Pangarap while many Metro Manilans will be hieing off to the provinces starting Wednesday.

In an ambush interview on Tuesday, he said he would not be spending the Lenten break at the presidential summer residence, The Mansion, the favorite holiday getaway of his predecessor.

He amusingly christened Bahay Pangarap, which is strategically located right at the heart of the Presidential Security Group Compound, as the “Pangarap Riverside Resort.”

Asked how he would be spending the next few days, he said he was “trying to look for … my copy of the film, ‘Jesus Christ Superstar,’” so he could watch the musical, probably, on Maundy Thursday or Good Friday.

In remembering the life and passion of the Christ, Mr. Aquino wanted it to be light but heartfelt.

“(The musical’s way of conveying Christ’s message) is not … really heavy the way it reminds (us) of what the Christian—our Christian faith—is supposed to be,” said the President.

But the musical—which was first staged on Broadway in 1971 based on a loose interpretation of the last week of the Son of God here on earth—expresses “what Christ had to undergo to save all of us” by dying on the Cross, he said.

There was no word yet from the Palace if he would be spending time in Tarlac, his home province.

Mr. Aquino last visited Baguio City on March 17 to speak at the graduation of the Philippine Military Academy’s Pudang Kalis Class of 2013 and led the Baguio leg of the Team PNoy campaign at Melvin Jones Grandstand in Burnham Park.

But unlike former President Gloria Macapagal-Arroyo who would come to Baguio any chance she got, the sitting President doesn’t fancy the summer capital anymore.

“Each time I visit Baguio, I gaze at the fireplace. I don’t want to look at the mountains surrounding Baguio,” he said, telling city residents that the city was once a dominion of flowers and greenery.

“[A traveler] would know you are near [Baguio] when you smell the pine trees. The mountains were full of flowers and they were green. Now, they are full of houses,” he said.