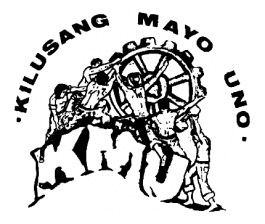 MANILA, Philippines – The independence of the Commission on Elections (Comelec) was questioned Monday by the labor group Kilusang Mayo Uno (KMU).

Some 50 KMU members who staged a rally in front of the Comelec’s main office Monday claimed the poll body is working to ensure the victory of Aquino’s allies by methodically eliminating rival candidates.

In particular, the KMU said the Comelec has been targeting partylists that are “true representatives of the poor and the oppressed” but adversarial to Aquino.

KMU said that Aquino wanted to ensure the victory the administration candidates so he could push for measures which the group believed would undermine the welfare of workers such as: “Charter Change, privatization of the Light Rail Transit and public hospitals, widespread demolition of the poor, etc.”