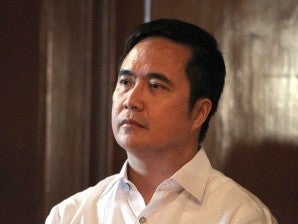 MANILA, Philippines – Anticipating a large number of people travelling by air this holy week, Transportation Secretary Joseph Emilio Abaya on Monday reminded air passengers not only of their rights and privileges but also their responsibilities under the Air Passenger Bill of Rights.

“They should be aware of the Air Passenger Bill of Rights which we are now implementing,” he told Radyo Inquirer in an interview.

The said the Bill of Rights mandates airline companies to make full disclosures of their services before a passenger books a flight.

Passengers should be provided with information on the airline’s policies on refunds, rebooking, baggage allowance, and procedures for delayed or cancelled flights as well as government taxes and surcharges.

In case of promo fares, the airline will also have to disclose how many seats are being offered.

Airline passengers who arrive at the check-in area an hour before the departure of their flight will not be considered as late or a no-show.

The Bill of Rights also provides senior citizens and persons with disabilities [PWD] equal access to airline services and special assistance. But Abaya said that it is the responsibility of the passengers to declare the need for special assistance when booking a flight.

In case of overbooking, a practice wherein the airline sells more seats than the aircraft can accommodate, the airline company should offer compensation to those who give up their seats.

Passengers should be informed beforehand in case of flight cancellation and be reimbursed the full fare if the cancellation was due to force majeure, safety and security reasons.

The airline company should provide free food, phone calls and email access and if necessary, accommodation, for passengers of delayed flights.

Airline companies are also tasked to inform its passengers about offloaded baggage and ensure that their luggage is delivered within an hour after it reaches its destination.

The airline will have to pay P2,000 for every 24-hour delay in delivering the offloaded baggage to the passenger.

The passenger will be compensated for baggage loss if it is not delivered by the seventh day.

Abaya said that the Department of Transportation and Communications [DOTC] has disseminated copies of the Air Passenger Bill of Rights at airports which “provide information on air passengers’ rights, privileges and responsibilities.”

For more of the interview, listen to Radyo Inquirer 990AM.