Comelec allows use of pork barrel during campaign period 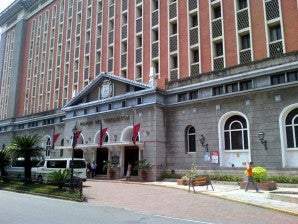 MANILA, Philippines – The use of the Priority Development Assistance Fund (PDAF) or “pork barrel” during the election campaign period has been allowed by the Commission on Elections (Comelec) provided that it will not be used for campaign-related activities.

The poll body issued Resolution 9660 on Friday which allows the release, disbursement or expenditures of the PDAF and other state funds subject to certain conditions.

The resolution states also that whatever project or activity that will be funded by the lawmaker’s PDAF should not be “used as an opportunity by any candidate, his/her spouse, family members, political parties, partylists, to further their candidacy through personal appearances in such events.”

The resolution further prohibits candidates, directly or indirectly, to participate in any “distribution of cash, goods or merchandise for scholarships, assistance for burial, healthcare, calamity and other similar programs.”

The PDAF-funded project should also have been established before March 29, the start of the campaign period for local candidates.

Congressmen receive P70 million in PDAF while senators get P200 million annually. They may allocate the funds for infrastructure and “soft projects” as they choose.