Pa hopes UP ‘oppressive’ no more if, when Kristel siblings apply 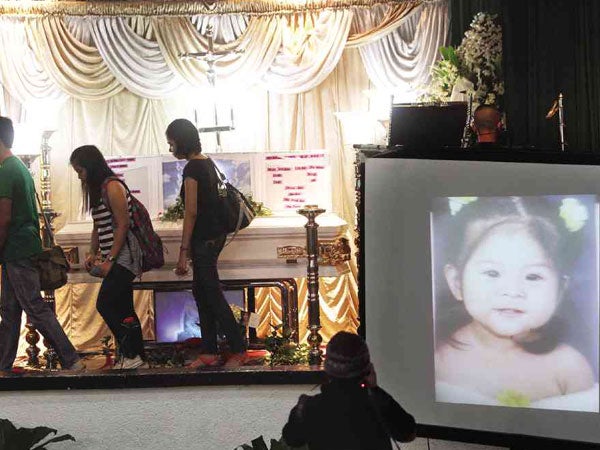 Students pay their last respects to Kristel Tejada, the University of the Philippines Manila student who took her own life last week for lack of tuition money and whose death led to a review of UP’s policy for late payments. Her remains were brought to the UPM campus for public viewing on Thursday. NIÑO JESUS ORBETA

Despite what he called the “oppressive” tuition system at the University of the Philippines (UP), the parents of Kristel Tejada said that they would not prevent their other children from studying at the university.

At the wake of their daughter Thursday at The Little Theater on the UP Manila campus, Christopher Tejada told the Inquirer that they would leave the decision to their children.

“If they pass the UPCAT (UP College Admission Test), why not?” he said.

Kristel, a freshman taking up behavioral science at UP Manila and the eldest of the Tejadas’ four children, killed herself last week after she was forced to drop out of school due to her family’s inability to pay her tuition for the second semester.

The second child, a 12-year-old girl, is in Grade 7 and, like Kristel, a scholar at Manila Cathedral School. Tejada said his sons aged eight and five were also consistent honor students.

According to him, while changes needed to be instituted in UP’s Socialized Tuition Fee Assistance Program, he has high hopes that by the time his second child starts college, these will already be in place.

He acknowledged that studying at UP carried a certain “prestige” despite the “oppressive” tuition system. “Let’s wait and see. It’s up to (my children) if they want to study in UP,” he said.

Meanwhile, at a press conference, Tejada asked the public not to judge his daughter.

“If you didn’t know her, don’t be too quick to judge her. We also condemn what she did but we lost a daughter,” he said.

He added that Kristel’s suicide was very painful for them to accept and that while he seemed okay, even cracking the occasional joke, he would be inconsolable once his daughter was buried.

At the same time, he called for reforms in the UP enrollment system “to avoid another Kristel.”

The wake of Kristel was transferred yesterday from a funeral home in Sta. Cruz, Manila, to UP Manila. Her body arrived on the campus around 9 a.m.

Only members of the UP community were allowed to view her remains until noon after which Mass was celebrated.

During the Mass, Father Reverend Jorgen Orbe described Kristel as a young girl who felt “lost in the last moments of her life.”

“She was lost but in the mercy of God, we can hope that God has found her,” he said.

He added that people should learn from her tragic death, by “reaching out” to those who, like her, were “feeling lost.”

“In that way we can honor Kristel,” he said.  With a report from Erika Sauler