Government to infuse P5 B into state TV network 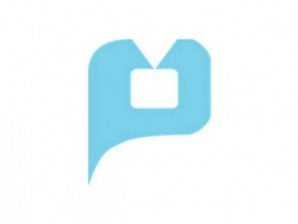 MANILA, Philippines—More than two years after rescuing it from “financial hemorrhage,” the government is infusing P5 billion into the state-run People’s Television Network 4 to make it “digitally competitive.’’

President Aquino has signed into law Republic Act 103901, or the Act Revitalizing PTV Inc., authorizing the infusion of fresh capital into the government TV network.

The government would pump in P3 billion from the national budget beginning 2014, and source the P2 billion from the privatization of Radio Philippines Network (RPN 9) and Intercontinental Broadcasting Corp. (IBC 13).

“The objective is really to upgrade our equipment so that we are able to increase the clarity of our signal and the clarity of transmission to all places in the country,” he said at a Malacañang news briefing. “We are committed to doing what is needed in order that our technical capability will be of such level that it allows us to make effective transmissions to the farthest corners of the Philippines.’’

But Coloma stressed that PTV 4 would focus on news and public information, and would not attempt to compete with the commercial TV networks.

If it airs a telenovela, it would be about the life of a recipient of the Medal of Valor, Gold Cross or Dangal ng Bayan, he said.

Coloma said PTV-4 was “hemorrhaging’’ and surviving on doles from the Philippine Charity Sweepstakes Office and the Philippine Gaming and Amusement Corp., and President’s discretionary funds when the Aquino administration took office in July 2010.

It was supposed to get some P200 million in a “congressional insertion” in 2010 but then President Gloria Macapagal-Arroyo vetoed it because there was no funding source, he said.

The government has “good leads’’ on personalities who played a role in the depletion of the network’s funds, Coloma said.

The law, which amends Republic Act 7306 or the Charter of the People’s Television Network, also allows the TV network to generate funds from advertising and airtime sales.

The network would retain all fees or other revenues it is able to collect for its programs and capital expenditure.

With regard  to its powers, the network is authorized to raise, borrow or obtain funds from the government or private sector, whether local or international, and enter into credit deals subject to the approval of the Monetary Board of the Bangko Sentral ng Pilipinas.

Its original charter allowed it to collect commercial revenues for only up to 10 years to prevent it from competing with commercial networks.

It’s also mandated to provide “subsidized airtime” to people’s organizations and non-governmental organizations in the promotion of their programs.

“I would like to emphasize this: We would like to assure our friends in the private sector that we will not compete directly with them because our programming will focus on news and public information. If we look at the fare being offered by commercial media, it is primarily entertainment. I think more than 50 percent of their programming is entertainment,” he said.

As part of the reforms, RA 103901 creates an advisory council to propose and recommend policies on its operation, programming, broadcasting and production, among others.

“With the enactment of the new PTV law, we hope to broaden the participation of the citizens in having a network that will mirror their aspirations. We want to invite the various sectors to give concrete suggestions on programs that will be beneficial to the community and to society,” he added.