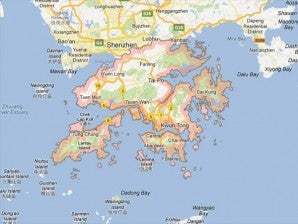 HONG KONG — Hong Kong police said Monday they had charged two men over the murders of an elderly couple whose severed heads were reportedly found in a fridge, as a search continues for their missing body parts.

The couple’s 29-year-old son and a 35-year-old man, who is believed to be his friend, were jointly charged with two counts of murder on Sunday, a police spokeswoman told AFP.

The men appeared at a magistrates’ court on Monday but no plea was recorded, according to public broadcaster RTHK. They will remain in custody until the next court appearance on May 13, the broadcaster added.

Local TV showed one of the suspects being brought to court with his face covered by a black hood.

“The investigation continues on the motive of the case,” the spokeswoman said, adding that police were still looking for missing parts of their bodies.

The couple’s severed heads were reportedly found by police in a refrigerator at a bloodstained apartment on the outskirts of the southern Chinese city on Friday. Parts of their arms and legs were found elsewhere in the flat.

Police divers failed to recover any parts after a search at sea near the apartment over the weekend.

Post-mortem examinations will also be carried out on the 64-year-old man and his wife, aged 63.

The couple were reported missing by their eldest son on March 9.

The suspect, their younger son, told police that his parents were travelling to mainland China but police became suspicious after they failed to find records of the couple leaving the city, the South China Morning Post said.

Police detained the duo on Friday and the arrests led police to the building where the victims’ heads were found, along with saws, knives, a chopping board, plastic boxes and bags containing other body parts, the Post said.

Murder is punishable with life imprisonment in Hong Kong.

Read Next
Pakistan arrests militant linked to Daniel Pearl murder
EDITORS' PICK
Harnessing technology for quality education
Duterte: When I said I will fight drugs in 6 months, I thought it was like in Davao
Connect to PH’s fastest network with new Signature Plan Lite at only P599 per month
Tips for a cheerful life
Hidilyn Diaz wins weightlifting gold in Tokyo Olympics
Duterte warns of possible lockdown if ‘more aggressive’ Delta variant spreads
MOST READ
Hidilyn Diaz wins weightlifting gold in Tokyo Olympics
Go to war with China over West PH Sea? It will be a ‘massacre’, says Duterte
Hidilyn shoots not only for gold but also for permanent place in PH sports history
Duterte acclaims Sotto: ‘He can become a good vice president’
Don't miss out on the latest news and information.