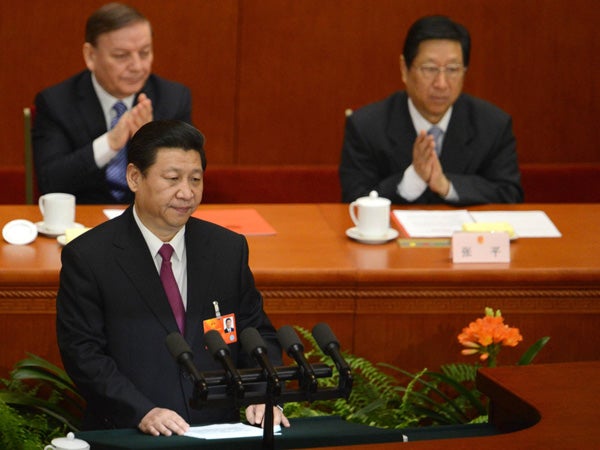 Newly-elected Chinese President Xi Jinping (front) delivers his maiden speech at the closing session of the National People’s Congress (NPC) at the Great Hall of the People in Beijing on March 17, 2013. AFP

BEIJING — China’s new president Xi Jinping told the country’s military to improve its ability to “win battles” in his first speech as head of state, as Beijing is embroiled in a bitter territorial row with Japan.

The People’s Liberation Army is the world’s largest standing military and Xi told China’s parliament that all forces needed to strengthen their capacity to “win battles and… firmly protect national sovereignty and security”.