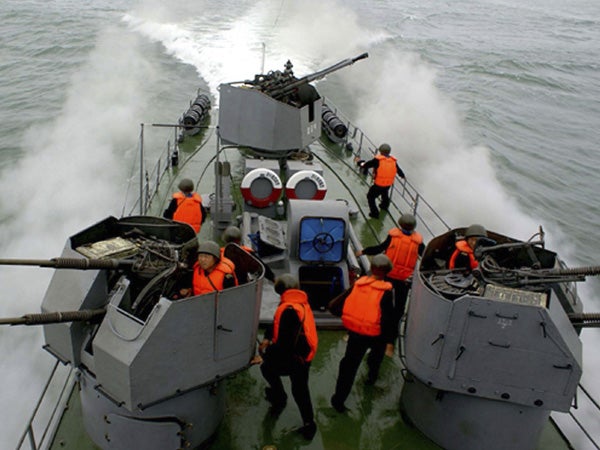 The number of sorties by fighter jets and helicopters peaked at 700 on Monday, the same day the “Key Resolve” exercise was launched, Yonhap news agency cited a military source as saying.

The volume of flight missions “is seen as unprecedented in scale”, the unidentified source said.

The South Korean Defense Ministry declined to confirm the report, but reiterated that the North’s army, navy and air force were carrying out drills ahead of an expected state-wide exercise.

“Key Resolve” is an annual, largely computer-simulated exercise, but still involves the mobilization of more than 10,000 South Korean and 3,500 US military personnel. About 28,500 US troops are stationed in South Korea.

Pyongyang condemned the drill as a provocative invasion rehearsal and announced it was scrapping the 1953 armistice that ended the Korean War in response.

Military tensions on the Korean peninsula have risen to their highest level for years, with the communist state threatening nuclear war in response to UN sanctions imposed after its third atomic test last month.