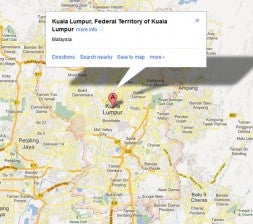 KUALA LUMPUR – Malaysian authorities have rescued at least 136 people believed to be ethnic Rohingya Muslims fleeing strife in Myanmar aboard a leaking boat with no food or water, an official said Monday.

The boats have typically carried at least 120-240 people, added Tan, the agency’s northern region enforcement chief, but could not provide a total figure for the year so far.

The latest boat was intercepted off the northern state of Penang on Sunday with at least 96 adults and 40 children aboard, he said, adding that he was awaiting a final tally.

The passengers said they were at sea for 25 days in the rickety and overcrowded wooden vessel and had run out of food and water, Tan said.

Among them were 10 children less than a year old, including a two-month-old infant. They will be sent to an immigration detention centre.

A wave of violence in Myanmar’s western state of Rakhine last year has accelerated an already steady flow of refugees, typically Rohingya who increasingly have sought haven in Muslim-majority Malaysia.

The Rohingya have been described by the UN as one of the world’s most persecuted minorities. About 800,000 are estimated to live in Myanmar, which denies them citizenship, rendering them stateless.

The UN said in January that about 13,000 boat people, including many Rohingya, fled Myanmar and neighbouring Bangladesh last year with hundreds dying at sea.

Malaysia does not grant Rohingya refugee status but has turned a blind eye to the steady arrivals in recent years, allowing them to stay.