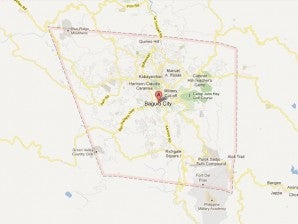 “It now appears that the Bangsamoro framework is moving forward faster than the (government’s talks with the NDF),” said Fr. Rex Reyes Jr., secretary general of the National Council of Churches in the Philippines, at a Friday news conference on the sidelines of the Third Ecumenical Church Leaders’ Summit on Peace here.

In a pastoral letter, the PEPP leaders said government’s willingness to “release on recognizance” the NDF detainees would help facilitate the resumption of talks, which have been on hold since December 2012.

Archbishop Antonio Ledesma, of the Catholic Bishops’ Conference of the Philippines, said the detainees’ release would be a significant confidence-building measure that may lead to a common declaration of national unity, the peace instrument being negotiated by government and the NDF in The Netherlands.

Reyes said the release of the detainees is mandated by the Joint Agreement on Safety and Immunity Guarantees, a pact signed by government and NDF representatives that serves as a guideline for the movement of NDF members involved in peace talks.

He said the NDF panel had sought the release of at least four NDF consultants under government custody but the government panel had not acted on it.

The PEPP has made the same offer earlier but Reyes said the government panel’s response was to require a guarantee that the detainees “would not go underground [again] should they be released.”

Reyes said the response was “unrealistic.” “We cannot be categorical along the lines of individual private thoughts and intentions,” he said, adding that some detainees should be released for humanitarian considerations.

Reyes said resolving this impasse will revive talks established in 1995 and may allow the government and the NDF to hurdle other issues such as a long-term ceasefire, human rights and socioeconomic, constitutional and political reforms. Roland Rabang, Inquirer Northern Luzon contributor