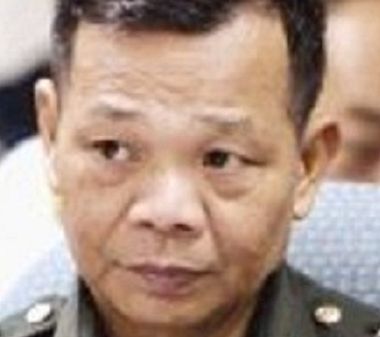 MANILA, Philippines–A graft complaint has been filed with the Office of the Ombudsman against Immigration chief Ricardo David in connection with the Bureau of Immigration’s P50 million procurement contract for the biometric system for processing aliens in the country.

Aside from David, included in the complaint were Head Executive Assistant Grace G. Lara, Engineer Dino C. Vizconde, Acting Chief of Immigration’s Information and Communication Technology Section and members of the Bids and Awards Committee and several John Does.

The complainant, Leon Peralta, said “the Biometric Project will end up wasting precious government funds considering its fractional cost equivalent only to a Daily Time Record type of Biometrics as against the required scale, magnitude and sophisticated Border Control and Management system that the Immigration needs.”

Complainant alleged that the Immigration officers, aside from the Anti-graft Law violated the Code of Conduct and Ethical Standards for Public Officials and Employees, the Government Procurement Reform Act and the Administrative Code (E.O.292).

The complaint stated that the Biometric Project was haphazardly offered without the benefit of conducting a thorough technical study and evaluation.