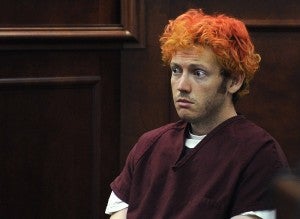 CENTENNIAL, Colorado— Lawyers for the Colorado theater shooting suspect who killed 12 people during a showing of the latest Batman film “The Dark Knight Rises” have indicated their client might plead not guilty by reason of insanity.

The filings say the laws in which a defendant may waive their right to remain silent and reveal confidential medical information should be unconstitutional in cases involving the possibility of execution.

Holmes is charged with multiple counts of first-degree murder and attempted murder in the July 20 Aurora theater shooting that killed 12 people and wounded 70.