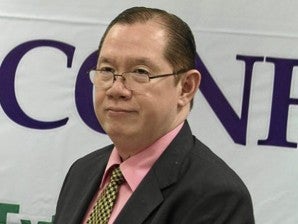 The Philippines posted its highest ever increase in the number of new HIV infections in January and the number is expected to increase even further in the near future, a Department of Health (DOH) official said on Friday.

Health Assistant Secretary Enrique Tayag said the DOH recorded 380 new HIV cases in January—the highest increase since the government began monitoring HIV/AIDS cases in 1984—even as many sexually-active Filipinos continue to avoid having themselves tested for the virus.

“Our January report showed that there were 380 new cases that were reported. This is the highest in our history,” Tayag said in a news briefing.

In its report, the DOH said that the 380 news cases was 79 percent higher than the 212 reported in January last year. The 380 cases also included 37 overseas Filipino workers.

It said the bulk of the new HIV cases came from the National Capital Region, Calabarzon, Central Luzon, the Davao region, and Central Visayas.

Of the 380 new cases, 376 were infected through sexual contact while four were due to needle sharing among injecting drug users.

“Males having sex with other males (82 percent) were the predominant type of sexual transmission. Most (93 percent) of the cases were still asymptomatic at the time of reporting,” the DOH said.

Tayag said the DOH was saddened by these new figures, pointing out that the Philippines was one of only nine countries where HIV continues to increase by “more than 25 percent.”

“That is why we say that (the number of new cases) will increase further. We are now running out of time because one of the Millennium Development Goals is to reverse this trend by 2015. We might not achieve that,” Tayag said.

He said that it was saddening that many of the new cases were aged 20 to 29 years old, which is considered to be their “productive years.”

“We urge everyone … if you cannot abstain (from sex), maintain your relationship inside marriage or be mutually faithful, use a condom to save your life,” Tayag said.

“Don’t believe those who say that condoms have holes and you cannot benefit from them. And always carry it with you,” he said.

“It doesn’t mean that when you have one always, you are a bad person. It’s like carrying an umbrella. If you have an umbrella, it does not mean that you want it to rain. You only want to have one just in case it does,” he added.

Tayag said that the number of HIV cases was rising not just because more and more Filipinos were having themselves tested for the virus. He said many still have unprotected sex while the gay community continues to suffer from discrimination.