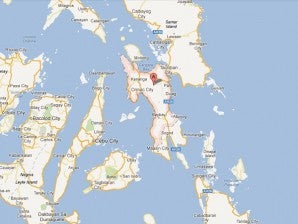 hit a project area inside the geothermal complex of Energy Development Corp. in Kananga town, Leyte.

He said six workers were first reported missing during the landslide in EDC’s Pad 403 in Upper Mahiao, Barangay Lim-ao, about 10 km from Kananga town proper in Leyte.

But when they checked with the workers’ work permits, Ignacio said they noticed that three more workers could not be accounted for.

Ignacio said rescuers suspended the search and rescue operation on Friday night because it started to rain in the area, which posed risks on the lives of those involved in the operation.

He, however, assured that search operation would continue early on Saturday.

The workers belonged to First Balfour’s subcontractor – J Arradaza Construction – which was contracted “to supply equipment, labor and materials and other resources to finish that portion of the project.”

First Balfour is EDC’s contractor although First Balfour subcontracted some of the works that are under its contact with EDC.

Ignacio said they were building pipe shelter in EDC’s Pad 403 in Upper Mahiao to protect the steam pipes from landslide since these were located below mountainous slopes.

He said 45 workers were at the project site when the landslide happened.

Ignacio said he was meeting with the victims’ relative on Friday night to assure them of the company’s assistance.