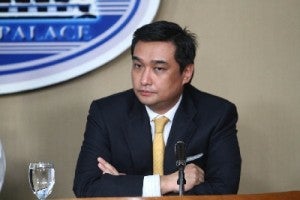 MANILA, Philippines—Strategic Communication Secretary Ricky Carandang on Thursday branded as “intrigue” a report that he was quitting, even as Malacañang said that Carandang continued to enjoy President Aquino’s trust.

“I’m not resigning. I’m happy doing work for the President and the country,” Carandang said in a text message. “This kind of intrigue comes with the territory.” He said he didn’t know who the source of the “intrigue” was.

A broadsheet reported that Carandang—who was working as a news anchor at ANC (ABS-CBN television channel) before being tapped to join the President’s communication team in July 2010—was quitting to return to private life.

In Malacañang, he subs for presidential spokesman Edwin Lacierda when the latter is unavailable for press briefings.

Lacierda made light of the report about Carandang’s resignation.