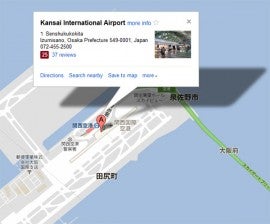 TOKYO – Two fishing boats capsized off the coast of western Japan on Monday after a collision with a Taiwanese cargo ship, leaving one person dead and another missing, officials said.

The two Japanese-flagged fishing vessels, with a total of four people on board, collided with the 13,000-tonne Wan Hai five kilometers (three miles) west of Kansai airport in Osaka Bay shortly after dawn, a coastguard official said.

“All four people on the two fishing boats were thrown into the water following the collision, while there were no reports of injuries from the Taiwanese vessel,” a coastguard official said.

“Two of them were rescued safely, but one was confirmed dead,” the official said, adding that the coastguard was searching for the fourth person.

Read Next
Will the next pope be Italian?
EDITORS' PICK
Gov’t fine-tunes alert level system
Smart offers wireless fiber-like speeds to Filipino homes with country’s first 5G Prepaid Home WiFi
A grand way to celebrate the holidays
DOH checking if 3 COVID cases due to Omicron
Holidays made best with Acer’s ‘Holidays at Home’ raffle promo
Corruption in PH: Where presidential aspirants stand
MOST READ
242 travelers test positive for coronavirus in November — PGC
Bong Go left PDP-Laban with presidential bid under PDDS — Pimentel
Isko’s messaging takes a turn as he commends Duterte
Pharmally’s Twinkle Dargani in tears when asked about missing documents
Don't miss out on the latest news and information.