Ati leader in Boracay gunned down 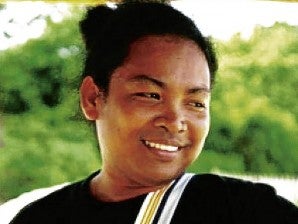 ILOILO CITY—The three Ati tribal leaders of Boracay Island just came from a meeting with nuns about 9 p.m. on Friday to prepare for Mass on Sunday and discuss the beautification of their community.

While walking home in Barangay Manoc-Manoc, Dexter Condez and his two female companions noticed a man wearing a jacket and cap following them. When they passed a dimly lit area, the man suddenly approached them, pulled out a gun and repeatedly shot  Condez then fled on foot.

One of the female tribal leaders ran to the community less than 100 meters away and sought help. The other attended to Condez who was bleeding and unconscious.

Condez was the spokesperson of the  Boracay Ati Tribal Organization  whose members have been fighting for land of their own on the 1,032-hectare Boracay Island which they consider their ancestral domain.

Senior Insp. Joeffer Cabural, chief of  Boracay Tourist Assistance Center, the island’s police force, said the killer  had yet to be identified   and the motive for the killing was still unknown.

He said they still could not say if the killing was related to the dispute over land being occupied by the Ati.

But Church leaders in Boracay said the killing was most likely linked to the dispute over the 2.1-ha land that was covered by a certificate of ancestral domain title (CADT) granted by the National Commission on Indigenous Peoples (NCIP) to the tribe on Jan. 21, 2011.

The NCIP and anthropological studies have supported claims that the Ati were the earliest settlers on the island but were displaced and driven away, especially starting in the 1970s when tourists and investors started to descend on the island.

The tribe occupied the property last year but at least three claimants were opposing the CADT.

“Dexter had no personal enemies, and we could not think of any reason why he would be killed other than his standing up for the right of the tribe to their land,” said Sr. Hermi Sutares of the  Holy Rosary Parish Ati Mission (HRPAM).

The HRPAM, put up by  Daughters of Charity of St. Vincent de Paul in 2000, has been helping the Ati acquire a permanent place of their own on the island.

Sutares said she and other nuns of  the HRPAM and seven Ati leaders, including Condez, had a meeting at the former Ati community in Sitio Bulabog in Barangay Balabag. Condez and the two other tribe leaders walked home to Barangay Manoc-Manoc after the meeting ended around 8 p.m. on Friday.