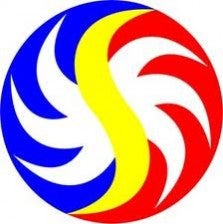 MANILA, Philippines— The Philippine Charity Sweepstakes Office (PCSO) has come out to clear the air after being put in the hot seat by findings of the 2011 audit report on the agency.

Two issues were recently publicized from the 2011 audit report on PCSO by the Commission on Audit (COA), namely, that of a P9.6 million in unauthorized salaries and benefits for the PCSO board of directors, and the agency’s alleged 2011 advertising expense of P1.07 billion.

The COA, in the annual report, recommended that the PCSO board of directors return the P9.6 million, saying the payment of salaries, allowances and benefits to the board members, on top of their per diems, was against Executive Order No. 24 dated Feb. 10, 2011.

EO 24 states that board members in government-owned corporations such as the PCSO shall be compensated only in the form of per diems or payments for attendance in meetings, unless authorized by law or approved by the President.

In a statement, PCSO chair Margarita Juico assured that “the PCSO board will promptly return whatever amounts have been found in excess.”

She explained that the board of directors only failed to immediately comply with EO 24 because it conflicted with the Office of the President approving on May 19, 2011 the release of benefits regularly received and enjoyed before Sep. 8, 2010 by all PCSO officials, employees and directors.

“Since the Office of the President’s approval came after the issuance of EO 24, it was therefore necessary for us to seek clarification from the OP on this matter,” Juico said.

She said that as of January 2012, the PCSO board had already started complying with EO 24 and has ceased to receive “salaries, allowances and other compensation” aside from the per diems.

Meanwhile, in the same audit report, the CoA called out the PCSO for spending P1.07 billion for advertising in 2011 and recommended that the agency “limit spending on advertising.”

Rojas said the PCSO had already slashed its advertising budget for 2012 and 2013.

“All of PCSO’s transactions are above-board and are monitored every step of the way by CoA. We welcome CoA’s comments in order for us to enhance and improve our service,” Rojas said.