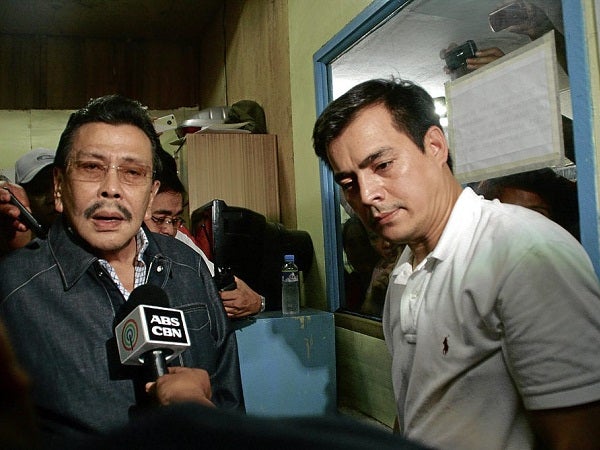 A day after candidates in the Manila local elections signed a “peace covenant,” the heat of political intrigue went a notch higher with the arrest of reelectionist Vice Mayor Francisco Domagoso and five councilors on Saturday.

Their alleged crime: engaging in “illegal gambling” by sponsoring a bingo game that attracted some 500 people in Manila’s Blumentritt area. 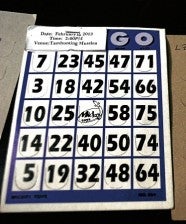 BINGO! The pieces of evidence seized by the Manila police at the “gambling” session sponsored by the arrested vice mayor and five allies in the city council. ARNOLD ALMACEN

Domagoso is a former actor known as Isko Moreno and the running mate of former President and now mayoral candidate Joseph Estrada, the main challenger of the incumbent Alfredo Lim.

He was picked up by members of the Manila Police District together with other Estrada allies: Councilors Jong Isip, Joel Chua, Benny Ang, Yul Servo and Maria Asuncion Fuguso.

According to Supt. Ricardo Layug, commander of the MPD’s Quiapo station, Domagoso and the others were held for illegal gambling after they organized and graced a bingo session on Tambunting street Saturday afternoon.

The vice mayor and the councilors were detained at the Quiapo station and were to undergo routine medical checkups before the inquest proceedings at press time.

Speaking to reporters, Domagoso said a police team that included the MPD’s Special Weapons and Tactics (SWAT) unit broke up the gathering around 5 p.m. to arrest him and the others. 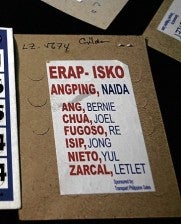 BINGO! The pieces of evidence seized by the Manila police at the “gambling” session sponsored by the arrested vice mayor and five allies in the city council. ARNOLD ALMACEN

Domagoso claimed that they were manhandled by the policemen, as he showed his injuries before the media cameras.

“What is going on in the city of Manila? We are not doing anything wrong. We are not criminals,” he said. “We were just talking to our supporters. We did nothing wrong because according to Comelec chair Sixto Brillantes, meeting with supporters is not prohibited at this time.”

Backed up by a four-vehicle convoy, Estrada arrived at the station and spoke with Domagoso and others for about 30 minutes. The former president also requested Layug to expedite the inquest proceedings.

“Of course, somebody ordered it,” he said, albeit without naming names.

But Layug maintained that “nobody ordered us” to make the arrests, and that he might even file additional charges against Domagoso and party apart from illegal gambling.