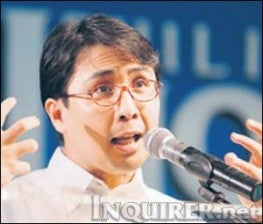 “They are the only ones who are committed to promote what is good and true and Godly. They stand not for self interest but for the total good of all. In short, they are not trapos,” Arguelles said in an interview.

De los Reyes ran for president but lost in the 2010 elections. David also ran in 2010 but also lost. When asked about this, Arguelles was unfazed.

Arguelles said the three Ang Kapatiran candidates would win handily if the people will be convinced to vote for the good of their children and the future generations.

“If we continue to destroy our country and future, the corrupt, the promoters of foreign interests, the traitors will win with the cooperation of paid media and a hopeless citizenry,” he said.

“If we believe in God, they are the right leaders for the right people. That is, those who won’t sell their rights, their future and their souls,” he added.