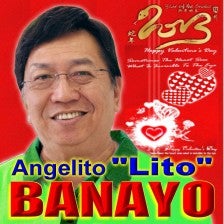 The inquiry, conducted by the committees on agriculture, ways and means, trade and commerce, and on the accountability of public officers, “found that there is sufficient basis to conclude that financiers are behind the anomalous transactions, and the testimony and documents obtained in the hearings establish without a doubt that these financiers exist and have employed dummies to rig the bidding process.”

Sen. Francis Pangilinan, chairman of the agriculture committee, presided over the hearings, which initially began with an investigation into the multimillion-peso attempted smuggling of rice at the ports of the Subic Bay Freeport Zone and Legazpi, Albay.

“The testimony and documents submitted by the Bureau of Customs (BOC), National Food Authority and the Department of Trade and Industry (DTI) before the committees strongly reveal that there is a rice cartel which involves certain government officials who allow transactions to be consummated regardless of the irreparable injury it would cause to the government,” read the committee report released by the joint investigation.

The committee report recommended that the Ombudsman together with the BOC examine the significant documents submitted before the committees and to conduct further investigation for possible violation of the Anti-Graft and Corrupt Practices Act against the following government officials:

The committee report noted that testimony and documents at the hearings pointed to Danilo Garcia, Willy Sy, a certain “Danny Ngo” and a certain “David Tan” as being the alleged financiers of the illegal operation.

“These financiers and their accomplices must be unmasked and if warranted, the necessary charges filed against them,” the committee report said, as it asked the Ombudsman, the Department of Justice and the National Bureau of Investigation (NBI) to pursue the leads with respect to these individuals whose names came up during the hearings.

It said Garcia, Sy, Ngo and Tan should be investigated for graft, for illegal importation and for violation of the country’s laws against monopolies and restraint of trade.

Recommended for investigation were the following groups:

Banayo denied the allegations, claiming that the country was never placed at a disadvantage during his tenure as NFA administrator.

“Bidding… was done openly unlike the previous practice of simply giving these to a chosen few,” Banayo said.

“[These improved figures] augmented our much-reduced budget subsidies. We are certain that we protected government interests and fulfilled our mandate,” Banayo said.

“We followed the law in all bidding procedures and relied on certifications given by other gov’t agencies, the BOC included,” he added.