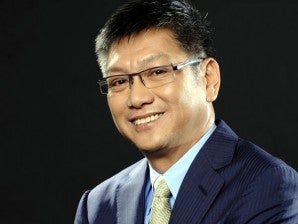 MANILA, Philippines — Malacañang should be given more time to review a five-inch thick investigation report on the police killing of 13 alleged criminals in Atimonan, Quezon, on Jan. 6, officials said on Sunday.

This is now being reviewed by the office of Executive Secretary Paquito Ochoa Jr. and Chief Presidential Legal Counsel Benjamin Caguioa, according to Valte.

“We should give them time because it looks like the report is five inches thick,’’ she said over government-run radio dzRB. “I’m sure they’re getting on with that study.’’

President Benigno Aquino III wanted a thorough and exhaustive review, instead of “sacrificing quality for speed,’’ she added.

Aquino would review the NBI findings, and then clear its release to the public, said De Lima, who submitted the report last Thursday.

Three police officers and 10 others were killed in the alleged 20-minute gun battle at a checkpoint along a sparsely populated stretch of Maharlika Highway in Atimonan.

Superintendent Hansel Marantan, leader of the team manning the checkpoint, was the only one hurt among 50 policemen and Army special forces troops that reportedly shot it out with the group of alleged “jueteng” operator Victor Siman.

The Presidential Anti-Organized Crime Commission chaired by Ochoa has admitted giving Marantan some P100,000 for intelligence gathering on the operation to arrest Siman.