Witness: No proof on use of PCSO funds | Inquirer News
Close
menu
search

Witness: No proof on use of PCSO funds 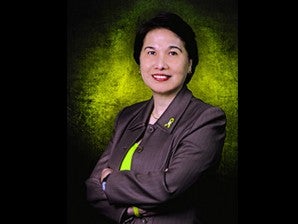 MANILA, Philippines—A key witness in the plunder case against former President Gloria Macapagal-Arroyo and other former officials of the Philippine Charity Sweepstakes Office (PCSO) has admitted there was no proof where the allegedly plundered funds of the PCSO went. The illegal amassing of wealth is an element of plunder under the law.

From the testimony of Tolentino, it was clear that the confirmation by the former PCSO board of the Office of the President’s approval of the additional intelligence funds was “ministerial.”

Tolentino also admitted that based on the documents she submitted, the amount of intelligence funds advanced by Valencia amounted to only P13.3 million, which is way below the threshold plunder amount of P50 million.

Valencia, as former chair of PCSO who was entitled to an annual confidential and intelligence funds (CIF) of P5 million, withdrew only P13.3 million from 2008 to 2010, below the P15 million ceiling for the period.

Tolentino also said she had no proof to show that the former PCSO chair disbursed more than this amount.