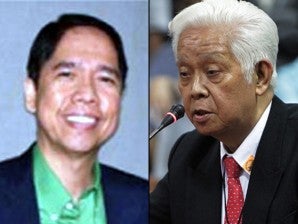 But Brillantes, who was interviewed during the retirement ceremony for the two commissioners on Friday, said he has yet to make a formal offer.

“As consultants they can sit during the en banc sessions but they cannot vote,” he told reporters.

In a separate interview, however, Sarmiento said he would decline the offer as he believes in giving way to “new blood.”

“Of course that is an honor but personally I don’t like it. First, there are so many Filipinos who are qualified and more competent … let’s give way to new blood,” he said.

“Honestly, when you say consultancy, it’s like being kapit-tuko (determinedly hanging on to a post),” he said.

Sarmiento, 59, said he would rather continue working on his advocacy to empower the vulnerable such as the disabled and indigenous groups in a private capacity.

Velasco, 56, is more open to accepting Brillantes’ offer but only for the May elections. He said he has no intention of staying on after that.

“I will enjoy my private life, but if the chairman wants me to continue (as a consultant), I will consider (it) only during the preparations for elections. I will have to let go during the implementation,” he said.

Sarmiento served as vice chair of the government panel during peace talks with communist insurgents during the Ramos administration. He was peace adviser during the Arroyo administration before being appointed Comelec commissioner in 2006.

Velasco joined the Comelec in 1990 as an election officer in Baguio City. He was appointed in November 2008 to serve out the five remaining years of the term of Commissioner Moslemen Macarambon.

Brillantes earlier urged President Aquino to immediately appoint the two commissioners’ replacements as the election body was swamped with work with the approaching elections.

While waiting for the appointments on Friday he said, he and the remaining four election commissioners already divided up the duties of Sarmiento and Velasco.

“Actually, we are on the end side of the preparations for the May 13 elections but we are still swamped with work for the implementation so we really need seven people in the en banc,” said Brillantes.