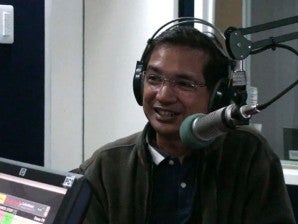 ILOILO CITY—Bayan Muna party-list Rep. Teodoro Casiño has called on the Commission on Elections (Comelec) to withdraw a resolution that requires the poll body’s “prior approval” before candidates in the May elections may  be interviewed by broadcasters.

Casiño, a senatorial candidate under the Makabayan coalition, said Comelec Resolution No. 9615 promulgated on Jan. 15 was “impractical and an infringement on press freedom.”

“Under the law, the Comelec can only interfere and regulate the amount of paid political advertisements. It has no business in the news and other content of media outlets,” Casiño, a former president of the College Editors Guild of the Philippines, said.

The resolution titled “Rules and Regulations in Implementing Republic Act No. 9006, otherwise known as the fair election act, defines guidelines on political propaganda, political advertisements and media interviews with candidates.

Section 9 of the resolution states: “To determine whether the appearance or guesting in a program is bona fide, the broadcast stations or entities must show that: (1) prior approval of the Commission was secured…”

But Casiño said the Comelec had “no competence and is not in the proper position to tell media outlets what to put out or not” in news programs and commentaries.

“That is dangerous. If they interfere in editorial prerogative, they are bordering on interference on freedom of the press and right to information,” he said.

He said “prior notice” instead of approval was still an infringement or editorial interference.

“Do they really expect reporters to notify the Comelec first before interviewing an official, for example, who happens to be a candidate?”