DA secretary taps ex-chief of staff as next NFA administrator 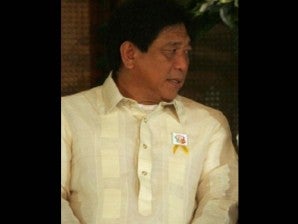 MANILA, Philippines – The former chief of staff of Agriculture Secretary Proceso Alcala during the latter’s first term as Quezon representative is the new administrator of the National Food Authority.

Orlan Agbin Calayag, a businessman from the US, assumed the post as NFA administrator on Monday, replacing Lito Banayo who resigned late last year to prepare for his congressional bid in the upcoming elections.

Calayag, who hails from Dolores, Quezon, is a longtime acquaintance of the DA chief.

“He already has my trust. I knew him personally while I was working with him during my first term as congressman,” Alcala told reporters on Monday.

Alcala, a two-term congressman of Quezon’s second district before he was picked to lead the DA, recommended Calayag to President Aquino.

The DA chief described the new NFA administrator as a “balikbayan” (a returning Filipino national) whom he had just convinced to come back and serve.

Calayag is a former patient services specialist at the Swedish Medical Center in Washington in the US. He had also served as auditor of Bellevue Sheraton Hotel, loan officer of the Bank of America, and relationship manager of KeyBank.