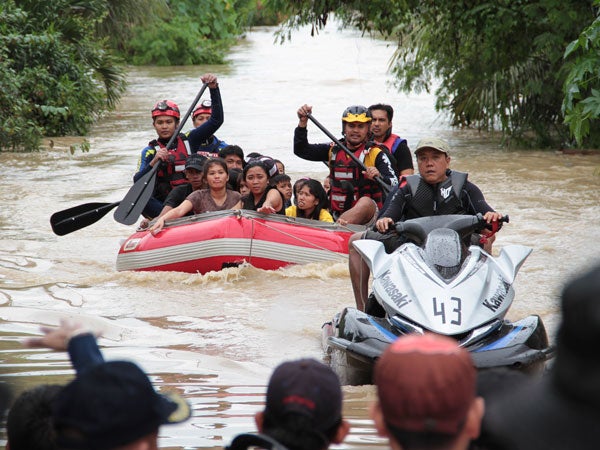 TAGUM CITY, Davao del Norte, Philippines — One person was killed and over 8,000 people have fled their homes due to flooding in Davao del Norte on Sunday, officials said.

The number of families evacuated to safe ground in Davao del Norte has risen to 1,662 or at least 8,139 persons as disaster rescue units continued to reach flooded areas in the towns of Asuncion, Kapalong, Sto. Tomas and Braulio Dujali, Tagalo said.

One house was also damaged by flood waters in Magatos village, in Asuncion, said the official.