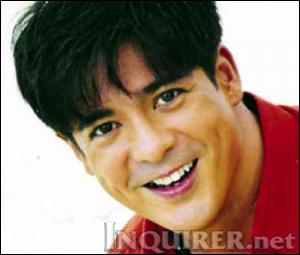 MANILA, Philippines—Show biz couple Aga Muhlach and Charlene Gonzales are left on a cliffhanger after failing to immediately obtain from the Court of Appeals a temporary restraining order (TRO) against their exclusion as voters of San Jose, Camarines Sur.

In a two-page resolution penned by Justice Vicente Veloso, the Court of Appeals 12th Division instead ordered oral arguments to be held on Jan. 15 at 2 p.m.

The other division members, Justices Aurora Jane Lantion and Eduardo Peralta, concurred in the ruling.

“Without necessary giving due course to the petition… respondents are directed to file their comments within 10 days from notice… Let the injunctive relief prayed for be set for hearing on Tuesday,” the resolution said.

Muhlach, who is seeking a congressional seat in Camarines Sur, has to be a qualified voter so his certificate of candidacy would not be cancelled. However, upon the petition of four San Jose residents, two local courts in San Jose ordered the couple’s names stricken from the voters’ list for allegedly failing to establish their residency six moths before the registration period, as required by the Commission on Elections.

The Court of Appeals also ordered the Office of the Solicitor General to file its comment on the issue.

Last Jan. 3, Muhlach filed a 50-page petition for a TRO through his lawyer Romulo Macalintal, who said his client will “suffer grave and irreparable damage and injury as they will be deprived of their constitutional right of suffrage” if the exclusion order was not stopped.

“The law is very clear in that a voter must be a resident of the place for at least six months before the election and not before registration. Since the courts found that the Muhlachs have been residing in San Jose as of Feb. 17, 2012, then it is as clear as the sunlight that they have more than complied with the six-month residency before the May 13, 2013, elections, or a period of one year and three months from Feb. 17, 2012, to May 13, 2013,” the petition said.

Macalintal said the judges committed grave error by reckoning the six-month residency period before the couple registered on March 19, 2012. The lawyer said the law provides that the period of residency should be counted six months immediately before or preceding the elections or the May 13, 2013, polls.