LPA now a tropical depression, signal No.1 up in Luzon, Visayas 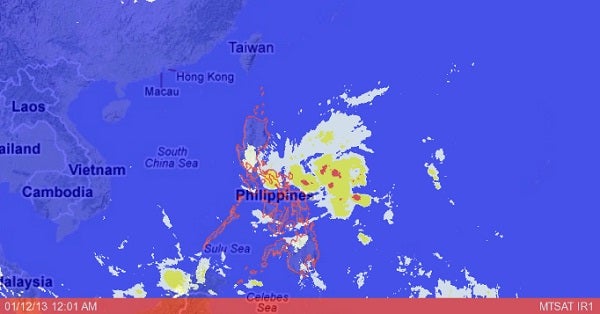 “Bising” was last spotted 170 kilometers east of Guiuan, Eastern Samar, and packed maximum sustained winds of 45 kilometers per hour near the center.

It was seen to move northwest at 19 kph.

Residents living in low lying and mountainous areas under Signal No. 1 were alerted against possible flashfloods and landslides. It will bring a rainfall amount of 5 – 15 mm per hour (moderate – heavy) within its 300 km diameter.

Fishing boats and other small seacraft were also advised not to venture out into the seaboards of Northern and Central Luzon and over the eastern seaboard of Southern Luzon and Visayas due to “Bising” and the northeast monsoon.

“Bising” is the second tropical cyclone to hit the country this year.