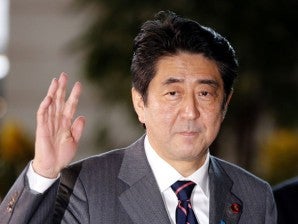 TOKYO—Tokyo summoned the Chinese ambassador Tuesday for the first time under the new nationalist government to “strongly protest” against the presence of official ships in waters around disputed islands.

The foreign ministry said it told China to stop sending the vessels to the area around a chain controlled by Japan under the name Senkakus, but claimed by China as the Diaoyus.

Deputy minister for foreign affairs Akitaka Saiki met with Chinese ambassador Cheng Yonghua from around 11:00 am (0200 GMT) to protest against Beijing’s dispatching of four ships Monday, the ministry said in a statement.

The ministry on Monday lodged a protest with the Chinese embassy by telephone.

It summoned Cheng Tuesday for the first time since conservative Prime Minister Shinzo Abe came to power on December 26 with promises of assertive diplomacy to confront a confident China.

The ministry last summoned acting Chinese ambassador Han Zhiqiang on December 13 to file a strong protest after Beijing sent an airplane to the area. Japan scrambled fighter jets in response.

It was the first incursion by a Chinese state aircraft into Japanese airspace anywhere since Tokyo’s military began monitoring in 1958.

In the meeting on Tuesday, Saiki “strongly protested over the Chinese public vessels’ entry and staying for a long time inside Japanese territorial waters, as well as strongly demanded that such incidents do not happen again,” the foreign ministry statement said.

Cheng responded by reiterating China’s claim over the islands, but said he will report Japan’s protest to Beijing, the foreign ministry said.