‘Gun Appreciation Day’ to be held in US 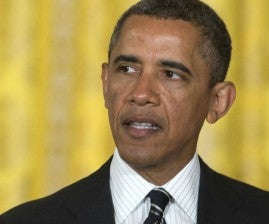 WASHINGTON—American gun enthusiasts can express their zeal on an upcoming “Gun Appreciation Day” right before Barack Obama is sworn in for a second term as president.

A new coalition of gun rights and conservative groups is urging Americans to show support for the right to carry firearms by turning out in large numbers on January 19 at gun stores and firing ranges. Obama’s swearing in is to be take place two days later.

“The Obama administration has shown that it is more than willing to trample the Constitution to impose its dictates upon the American people,” said Gun Appreciation Day chairman Larry Ward.

In the wake of the shooting last month in Connecticut which claimed the lives of 20 small children and six elementary school workers, Obama said he will support a new bill to restore a ban on military-style assault weapons.

Alan Gottlieb, founder of the Second Amendment Foundation and chairman of the Citizens Committee for the Right to Keep and Bear Arms, said: “We need to ban politicians who assault our rights, not firearms that are used thousands of times a day to protect lives and property from criminal attack.”

The second amendment to the US constitution guarantees the right to bear arms.

The pro-gun day is the initiative of a dozen or so associations which say they expect support from some 50 million Americans. The country’s most powerful gun lobby, the National Rifle Association, is not among the organizers.