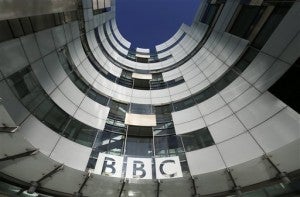 LONDON — A BBC broadcaster has pleaded not guilty to charges of sexually abusing three girls.

The charges against the well-known 82-year-old sports broadcaster Stuart Hall relate to events alleged to have occurred in the 1970s and 1980s.

Police say the alleged indecent assaults were carried out on girls between the ages of 9 and 16.

Hall said in court Monday that he understood the charges against him and that he was not guilty.

He has been a broadcaster for more than 50 years.